The presence of microplastics in the oceans is a proven phenomenon and is the subject of numerous investigations and publications. Freshwater microplastics research, more particularly in mountains and isolated sites, is on the other hand very little documented.

The FLYING PLASTICS team, behind several research campaigns for microplastics, in the arctic seas (Greenland, Spitzberg) but also in alpine altitude lakes, continues its research missions at the crossroads of missions carried out at high latitudes and high altitudes. The ambition of the project is to analyze the most remote lakes on the planet : Arctic, Antarctic, Nepal.

FLYING PLASTICS brings together a team of passionate professionals, referents in their areas of expertise, used to working together, and determined to continue the effort initiated through the latest missions.

The genesis of the project

From the "high latitude" (arctic campaigns)….

Much research for microplastics is carried out in accessible seas, but not much in less frequented seas, especially the arctic seas.

Various samples were taken by Frédéric GILLET and Peter GALLINELLI in the north-west of Greenland in 2016 and 2017, in an almost uninhabited arctic area (PASSIVE IGLOO PROJECT), aboard the "passive" sailboat Nanuq. This unusual sampling campaign was supplemented by a series of measurements between Iceland and then all around Svalbard in 2018 (Mission POLARQUEST2018).

… .At the "high altitude" (alpine campaigns)

Drawing on the experience gained on lightly traveled arctic roads, the project has been transposed to high altitude lakes, by pursuing the same objectives, namely the search for plastic particles in isolated sites. The PLASTILAC project, founded in 2019, constitutes a first insofar as the search for plastic particles in fresh water is almost non-existent, all the more so in high altitude lakes.

Numerous alpine high altitude lakes were thus analyzed in 2019 and 2020, over 2000 altitude meters, mainly within the framework of the network called "sentinel lakes".

FLYING PLASTICS, at the convergence of the last missions

The ambition of the structure is thus to make a synthesis between the research campaigns carried out at high latitude and at high altitude, by taking samples from little or not frequented lakes that are far from sources of pollution. 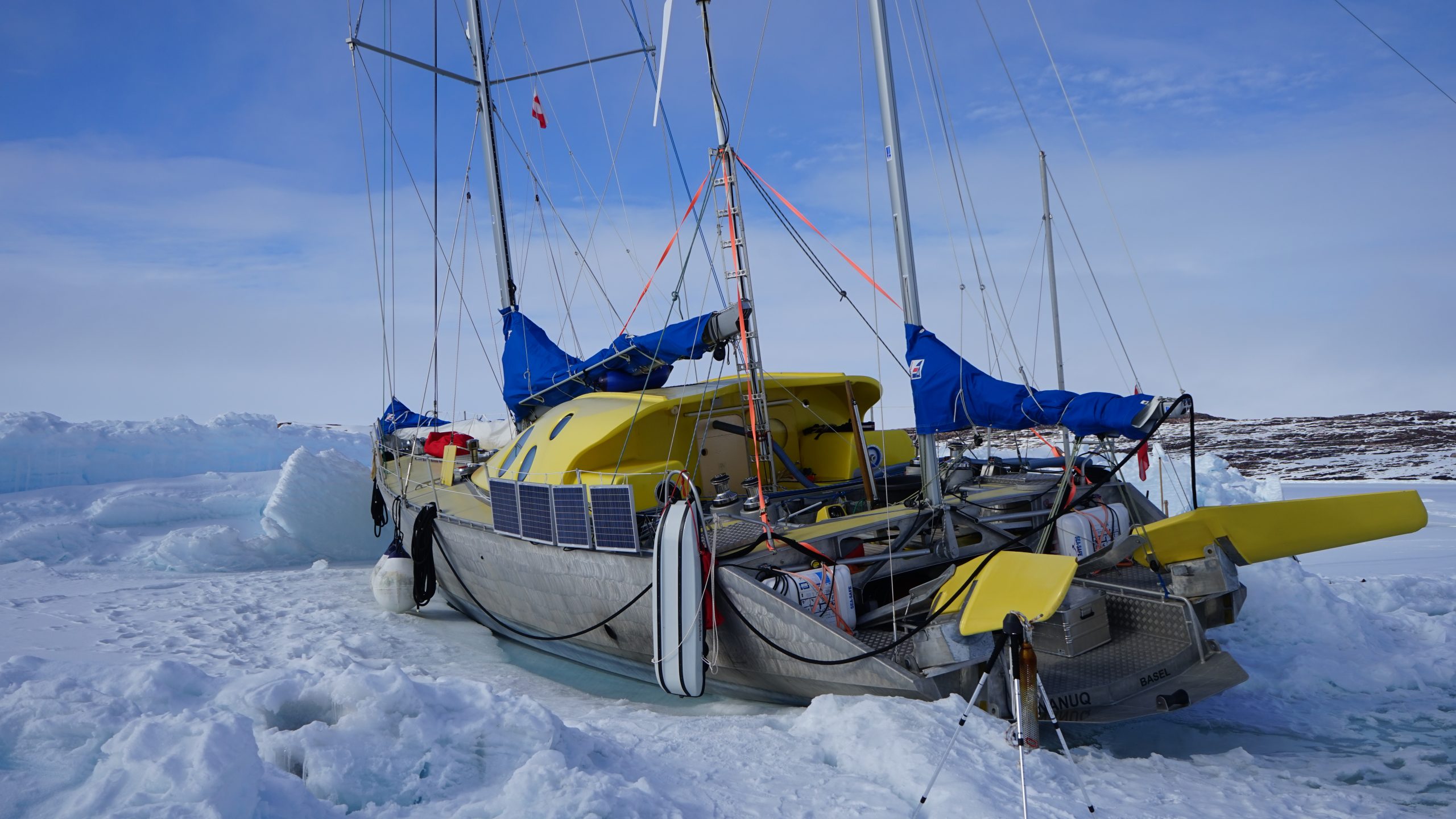 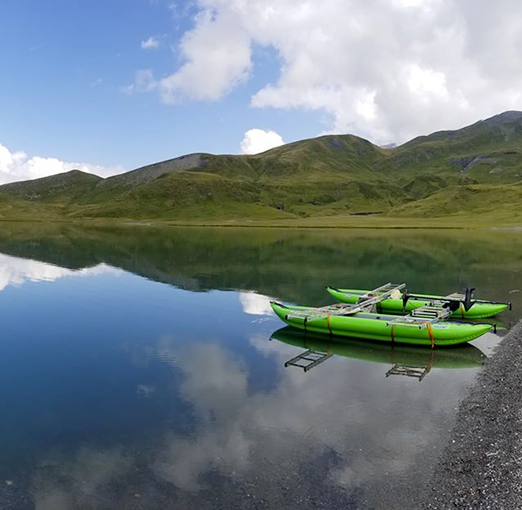 400 million tonnes of plastics are produced around the world each year, i.e. 10 tons per second. Plastic, lightweight, waterproof, durable and inexpensive, has been mass produced for years 50.

Its impact on ecosystems, so far little studied, is now the subject of numerous investigations. Plastic breaks up and disperses in the form of small particles called "microplastics".

The microplastics sought within the framework of our missions are linked to an atmospheric dispersion of particles (long-range airborne fibers).

All the compartments (atmospheric flows, lake surface, affluents, outlets, sediment) are analyzed and studied in the context of field campaigns, in order to determine the intensity of atmospheric transfer of these physical pollutants on a global scale to the study sites.

Given the very small size of the particles sought (50 µm), very strict protocols must be observed to avoid any contamination of samples.

Sampling campaigns are to be carried out in the most remote and less frequented areas of the planet. Such research missions require large-scale logistical resources, both in terms of material and human resources.

This incorporates a mesh net 50 µm and can filter approximately 200 m3 of water during each analysis. The boat is propelled by a non-polluting electric motor.

A counting device, composed of volumeters and ultrasound probes, makes the measurements carried out more reliable. 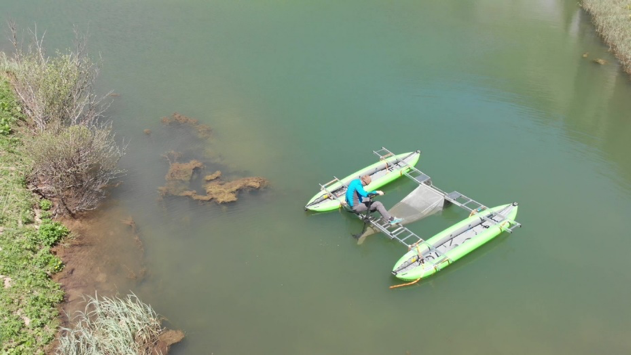 A passive boat prowling the countryside in difficult environments

The boat called Nanuq (polar bear in Inuit language) is a sailboat of 60 feet, , designed and built to minimize the impact on the environment while allowing a crew to 12 people traveling, work and live safely in the most remote places, including the polar regions, in summer as in winter.

Since its launch in 2014, he flew several missions and four seasons in the Arctic, including two winters in Greenland, and sailed to 82 ° north latitude.

Thanks to the flexibility offered by searches carried out from a sailboat, Nanuq makes an ideal base camp for arctic environmental science.

A team of stainless divers

Diving at high altitudes is an "expedition" in the expedition, and nothing should be left to chance to guarantee human safety.

Gathered around Gregory TOURREAU, the team of divers is a united and experienced team, honed to the most complex dives, and contributes to the collection of sediment in deep waters. 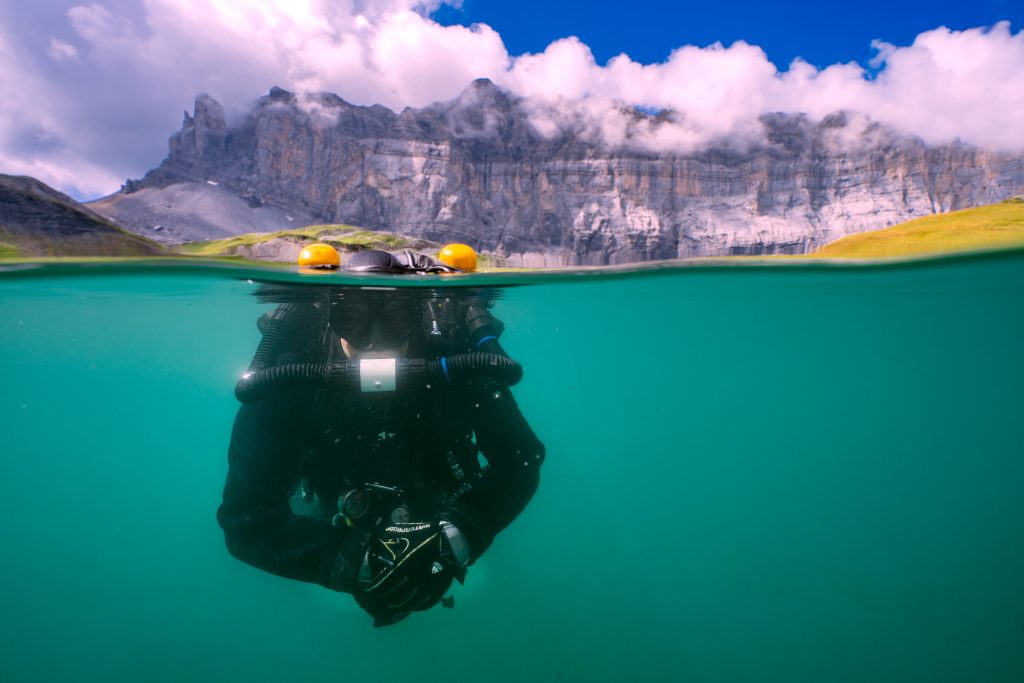 The objective is to carry out sampling campaigns on the most remote lakes on the planet : Arctic, Antarctic, Himalaya

Away from sources of pollution, these study sites, little or not explored, constitute "sentinels", likely to provide information on the spread of plastic pollution. 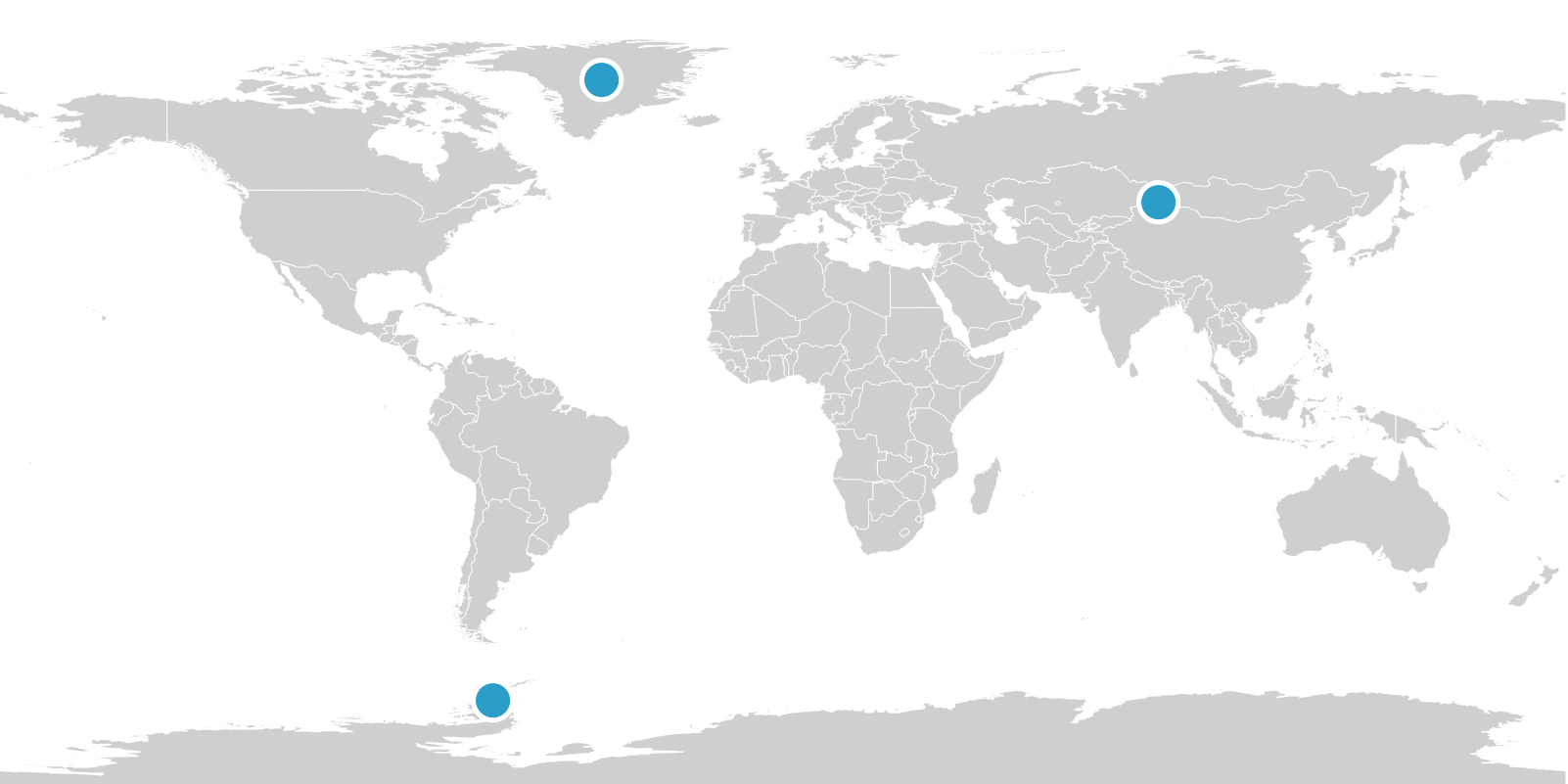